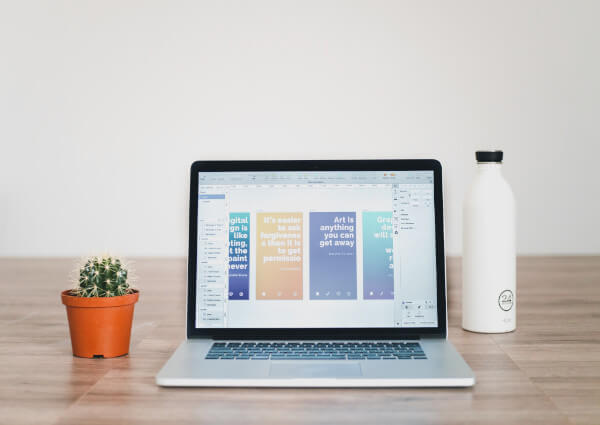 If you’re of a certain age, you may remember a time when ASCII ruled the internet. Before snarky memes or even the widespread use of animated GIFs, ASCII artwork was passed around like a bowl of candy.

Some background:ASCII (American Standard Code for Information Interchange) is a standard way to encode the text characters seen on electronic devices. Letters, numbers, and all manner of various symbols can be displayed via the format.

Early communication on the internet was text-based. As such, people with way too much time on their hands had a little fun with these assorted characters. Some truly clever artwork was created and routinely shared in newsgroups, bulletin boards and email. It could be impressive, particularly when you consider the technological limitations.

Want proof? That’s why we’re here! Take a look at our collection of code snippets that add a modern touch to an old-school artform.

We’ve seen some pretty far-out textures over the years. But this ASCII-meets-acid-trip text shader is among the most mesmerizing.

Characters seemingly melt into each other within a cluster of rainbows. You may need to take a walk outside after viewing this one.

Bringing an element of 3D to simple characters is a challenge. That this rotating donut is able to pull off the effect speaks to the power of CSS and JavaScript.

Even better is that the JavaScript source code is itself donut-shaped. That’s a level of dedication not seen since Homer Simpson.

ASCII Yourself by Tamino Martinius

Original creations are cool and all, but what about the ability to turn an image into ASCII? That’s what this art generator does.

Paste in the URL of an image, and you’ll see it rendered in character output. Adjust the sliders to add your own personal touch.

While this snippet isn’t traditional ASCII art, it simulates the effect quite well. By utilizing CSS background-clip, a layer of characters is placed on top of a standard image.

The result is a quick-and-dirty image effect. Bonus points for the ability to change the characters in the HTML to whatever you want.

Around the World by thykka

This spinning globe features a beautiful retro look. Seriously, it looks like something out of an 80s arcade game.

The three.js technology behind this beauty is anything-but-old, however. The animation is smooth and the colors vibrant.

While ASCII art can be incredibly intricate, there are times when simple is better. This snippet features just a small collection of characters, but is still effective in getting its message across.

By the way, that message is for you to flip a table. Click anywhere within the presentation to do so. Now, don’t you feel better?

Here’s a unique way to leverage ASCII characters. This snippet takes an ASCII input pattern and outputs them like Lego blocks.

Add your own characters to the textarea, click the button and see your new creation.

Characters Flying through the Air by Dave Kwiatkowski

At its core, this 3D animation is a collection of characters. But it’s also quite stunning to watch.

Notice the use of color and sizing to create the illusion of space. Larger and brighter colors are the “closest,” while the smaller and darker ones hang out in the back.

See the Pen The ASCII Galaxy by Dave Kwiatkowski

What the snippets above show is that, in the right hands, even text can become art. They’re also a reminder of how CSS and JavaScript can breathe life into virtually any project. Put the two together, and you have something fun and, at times, a bit jaw-dropping.

We hope you enjoyed this new spin on ASCII artwork! If you want even more unique examples, please do check out our CodePen collection.

Did you miss our previous article…
https://www.jackpinewebdesign.com/?p=1022

It can be quite hard to find your way out of depression. Everyone has to start at some point, and